Why Self-Soothing is Essential for Men

Many Australian men will baulk at the idea of lighting a scented candle, running a warm bath and putting on some calming music.

Or maybe they’d secretly love that – and it’s the thought of anyone finding out and being made fun of and feeling ‘less of a man’ in some way, that prevents them self-soothing?

What do you think? Where do you stand?

What pressure do men face?

Is a warm bath with relaxing music ok for men? Or would you feel odd if your family / friends knew?

Why is that I wonder?

What does this all mean?

Ok, so we’ve acknowledged there may be a social pressure or self-image problem for men around self-soothing. Without getting deep into the why, I want to move on to some findings by the Gottmans.

The research suggests that men are more likely to “Have thoughts that maintain their distress”, after a conflict, particularly in a troubled relationship.

I often see this come out as resentment or frustration toward the partner or ‘world’. It can also appear as Negative Sentiment Override.

Based on this point alone, it’s critical that men have a go-to strategy to de-escalate from a heightened emotion / state of mind and self soothe to return to an optimal place in the ‘window of tolerance’.

For women, raising awareness of this difference is important. Understand that there may need to be a longer ‘recovery time’ for men after a conflict or distressing event.

Providing space and time for this recovery could be a good strategy for your relationship.

Why are Men Different?

The research suggests the differences stem back to ‘hunting and gathering’ times. Where men have ‘tunnel vision’ around attack and defense. For example, hunting animals for food, or defending your tribe / resources.

The end result is…

“Males had to be able to respond quickly and aggressively and stay vigilant to potential danger, which meant they had to learn to suppress emotion in the service of this continued vigilance”

In another experiment – when faced with a ‘startle’, both men and women responded with anger, but men also responded much more so with contempt. Contempt is one of the four horseman.

Therefore, again, self-soothing is especially important for men. It needs to be used in the moment, to dissolve anger and contempt and remain connected and grounded.

This is likely to be seen when a partner is dismissive, avoiding, acting out, distant, or defensive.

The capacity for humour or creative problem solving is diminished.

The Gottmans noted that women who have a history of trauma, (such as mental abuse, physical abuse or sexual abuse), will also become very flooded and take a longer time to ‘calm down’.

Women in this case may show signs of ‘freezing’, or staring blankly like they are ‘not there’.

Therefore – Men / partners in this situation, need to raise their awareness around this, and provide time, space and support as best they can for their partner.

Regardless of the science and the history and the why, it’s the actions we take that matters.

Here are 3 proven strategies men (or women) can use to self-soothe. Remember these strategies and follow the tips so you can use them when you need to the most.

Simple right. But in the heat of the moment your ‘natural instincts’ may be to fight and continue to argue, and to make your point loud and clear. Voicing your frustration and anger on a whole new level!

Therefore it’s critical to have your ‘finger on the pulse’ to take a break.

You can think of it like a basketball coach who calls a time out.

Or like pulling into a rest stop on a long journey.

It’s best to take the breaks before you ‘really need them’. I.e. As things are getting a little heated or tense, take a break.

Whatever suits’ within your time and place. The recommendation is for at least 20 minutes. Some ideas include.

Personally, I like guided meditation. I find it especially useful when you have a busy mind or are upset in some way.

A guided meditation takes the brain work out it. You can just sit back and relax and gently fall in synch with the meditation music and messages.

After a successful relaxing meditation you will be ‘hooked’ and will be eager to re-live the experience again in the future.

Create a new awareness of this feeling after your guided meditation and anchor the experience to the need. The idea being – you can call ‘time out’ at the right time and calm yourself with a soothing guided meditation.

You can do a body scan in a guided meditation or ‘awake’ in a yoga or pilates routine.

As you scan through your muscles one by one, you can follow a process of holding tension and release. Combined with a breathing exercise, this process is very relaxing and grounding.

Listen to my sample body scan audio or find a body scan meditation you like on youtube.

Of course, members can listen to more relaxing and therapeutic audios in the members area. Click here to learn more about getting access.

Self Soothing & Emotional Self Control

Now that you have 3 go-to strategies to use, you can feel confident in using them when you need.

Touching on the earlier point made about masculinity and pressure that face men, one way we can look at this is… That it IS manly to self-soothe, and regulate your emotions in a healthy way.

It’s a mature man, and a well grounded man who is in control of his emotions and understands his limits and needs.

A courageous man doesn’t care what others think, he does what’s in his best interests and leads change.

He has grown beyond his fears, and does not need to rely on defense mechanisms to protect thy self (ego’s / self image / self worth).

An empathic man will listen and communicate with others. Being open to new ideas and non-judgemental.

A virtuous man will help others and support their growth and development.

The Art and Science of Love Couples Workbook – The Gottman Institute

How to Have Deep Conversations

Vision Board Clarity with Life Values 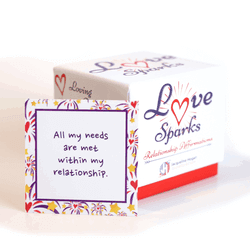 Are You Having Your Weekly Couples Catch-up? 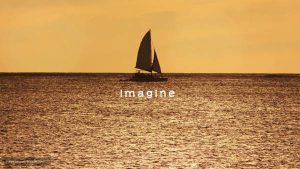 6 Mindfulness Wallpaper Reminders To Keep You Smiling All Day